Diabetes is a condition in which the body does not properly process food for use as energy. Most of the food we eat is converted to glucose which is the absorbable form in which the body can utilize food as energy. The pancreas, an organ that lies posterior to the stomach, produces the hormone called insulin to help glucose get into the cells of our bodies.

When one has diabetes, the body either doesn’t make enough insulin or can’t use its own insulin as much as it should. This results in sugar building up in the blood.

Diabetes is classified into two major types which are: Type 1 and Type 2. In Type 1 diabetes, the body doesn’t make enough insulin; this causes the body’s blood sugar level to rise. Hence the name insulin dependent diabetes.

In Type 2 diabetes, the body cells don’t make use of insulin properly (a condition known as insulin resistance). At first, the body reacts by making more insulin but over time, the body is not able to keep up with the production of insulin to control its blood sugar level. Hence the name insulin independent diabetes.

For people living with diabetes, low blood sugar (otherwise known as hypoglycemia) occurs when there’s too much insulin and not enough sugar (glucose) in the blood. Hypoglycemia is defined medically as blood sugar below 70 milligrams per deciliter (mg/dL), or 3.9 millimoles per liter (mmol/L). Several factors can precipitate hypoglycemia in people with diabetes, including taking too much insulin or other diabetes medications, skipping a meal, or exercising harder than usual. Untreated, diabetic hypoglycemia can lead to seizures and loss of consciousness.

Diabetes can cause serious health complications including heart disease, blindness, kidney failure, and lower-extremity amputations. Diabetes is said to be the seventh leading cause of death in the United States. Diabetes can result in serious complex conditions which can ultimately affect the entire body. Diabetes requires daily self-care and examination.

When complications occur, it can have a significant impact on quality of life and can reduce life expectancy. This is where I begin my story of being a victim of Type 2 diabetes and how I survived through thick and thin.

Diabetes is one of several illnesses that has no age consideration. It is not uncommon that people of my age group suffer diabetes. Diabetes in adulthood is usually the Type 2 diabetes and that is why it is also referred to as adult onset diabetes. Having gone through the painful sessions of diabetes as an adult, I can imagine what young growing children go through as well. Children however are mostly affected by the type 1 diabetes during childhood. The number of children and young adults affected by Type 2 diabetes is beginning to rise as well, particularly in America. Although approximately 90% of young diabetic patients suffer from type 1 and the number of patients who are children varies from place to place.

I’d like to share my experiences with you as regards type 2 diabetes. Many of us may not know that there is a difference between the Type 1 diabetes and the Type 2 diabetes and their symptoms as well as their treatment options differ too. Of course I was able to know all these having researched in a bid to find answers to my heart aching questions.

Type 2 diabetes is also known as non-insulin-dependent diabetes mellitus (NIDDM) or adult onset diabetes. It accounts for about 90 percent to 95 percent of all diagnosed cases of diabetes. In Type 2 diabetes, the cells in the body do not respond to insulin. Glucose therefore builds up in the bloodstream. The body continues to produce insulin, although insulin production by the body may significantly decrease over time. The pancreas produces either insufficient insulin, or the body is unable to recognize insulin and use it properly. This is what is commonly known as insulin resistance. When there isn’t sufficient insulin or the insulin is not used as it should be, glucose cannot get into the cells of the body to be used as energy. The glucose builds up in the blood. Eventually, the sugar levels in the body get too high for the body to handle. That could lead to other conditions in the future such as heart disease, blindness, and kidney failure.

Various factors can predispose one to Type 2 diabetes and they include: older age, obesity, family history of diabetes, prior history of gestational diabetes, impaired glucose tolerance, physical inactivity, and race/ethnicity (African Americans, Hispanic/Latino Americans, American Indians, and some Asian Americans and Pacific Islanders).

Symptoms may not speedily surface but you should look out for these signs when they eventually do:

Type 1 diabetes is also called insulin-dependent diabetes mellitus (IDDM) or juvenile-onset diabetes and it accounts for 5 percent to 10 percent of all diagnosed cases of diabetes. Autoimmune, genetic, and environmental factors contribute to the onset of this type of diabetes. The onset of Type 1 diabetes is gradual but the symptoms seem to surface all of a sudden. The body begins to lose its ability to produce insulin. Blood glucose level does not rise far beyond the normal at this point because the cessation in insulin production is gradual and the insulin still present in the blood is still functioning till production ceases. When the level of insulin production decreases drastically, there is visible rise in the blood glucose level resulting in symptoms such as:

Clinically, there are signs that are used when diagnosing Type 1 diabetes, some of which are:

Why Should You Pay Attention To Diabetes as a Disease?

Over time, diabetes if not properly handled can result to serious problems in the blood vessels, heart, nerves, kidneys, mouth, eyes, and feet. Diabetes is one of the causes of coronary atherosclerosis (a condition where blood cannot flow freely from the arteries to the heart resulting in heart attack). Diabetes potentiates heart disease in three major ways. 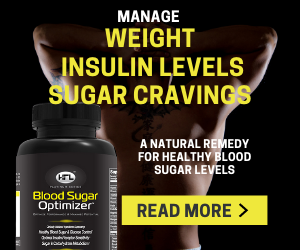 I Revoke My Consent to the Use Of Cookies
Scroll Up